War is a terrible, bloody affair. And both sides, whether attackers or defenders will go to extreme lengths to attain victory. Consider World War 2. The allies led by Britain and the USA, defending against the attacks by Hitler’s Germany, once they gained the upper hand bombed many German cities to hell from the air. Likewise, the USA obliterated two cities in Japan, killing hundreds of thousands of innocent civilians to force the Japanese Emperor to surrender. Wherever wars are fought copious amounts of blood will flow, usually innocent civilians. War is not a civilized business.

Now Arnold Schwarzenegger became famous and very rich promoting the art of war with senseless and graphic violence throughout his Hollywood career. Sure he was always on the good side and yes, movies are make-believe, yet true to real war, even as a defender Arnold went to the extremes of violence to defend the cause.

Arnold certainly did not oppose the Iraq war started by George Bush Junior, unlike his many fellow celebrities from Hollywood. Indeed, he was known to avoid questions and the press regarding this war. Maybe because he was running for California Governor on a republican ticket he could not join the ferocious protest by his Hollywood fellows.

But the USA has always claimed the good guy title on the world stage just like Arnold did in the movies. The Afghanistan, Iraq and Libya wars of regime change were all considered the good guys taking out the bad and therefore justified. And so they bombed all these places and killed many hundreds of thousands of innocent Afghans, Iraqi’s and Libyans using shock and awe tactics of mass bombing from the air that was way superior in severity to what Russia is doing in Ukraine.

In those days, the lettered news conglomerates were full of praise. The death of countless civilians was just par for the course and labelled collateral damage in the wider goal of liberating them from vicious dictators. That many died at the hands of their liberators in the battle for their liberation was a sacrifice that had to be made. No one heard Arnold calling for a cessation of war.

No, the deaths of so many in those wars were not labelled war crimes by most. Western, NATO and US leaders combined have slaughtered more people, both military and civilians, in wars than any other country. They have never been held to account and likely never will. Unfortunately, in the mindset of most westerners, westerners, that is of European descent are worth more than non-westerners. Therefore to war against a European nation is evil itself whilst to war against Arabs or Vietnamese or Africans is a righteous cause. Arnold has never made any comment about this.

In  the old testament, the writer states that “Saul has killed his thousands and David his tens of thousands.” In terms of nations, the Westerners are David, the Russians are Saul. They should all be condemned, they all have innocent blood on their hands.

Though one tends to admire the underdog in any situation and particularly admire Ukraine in this matter, especially the people of Ukraine who did not ask or want war, the Ukraine government is not as innocent as portrayed by the one-sided media houses. There is ample evidence that they have been shelling and killing ethnic Russians in the Donbas region since 2014. Also, they were adamant about allying and joining NATO.

What the west does not want to take note of, Russia has, for the last few centuries, been invaded numerous times by the Western European nations. Napoleon had a go as well as Hitler’s Germany. Russia lost 20 million people in World War 2, a large percentage of them were civilians. With this inherited memory the continual advance of NATO to their very borders conjures up a nightmare scenario for Russia and has driven them to this course of action.

Let me say in no uncertain terms in capital letters. ALL WARS ARE EVIL, ALL SIDES IN A WAR KILL INNOCENT PEOPLE.  There was always countless ways to prevent this war. Unfortunately, people like Arnold and countless others will never acknowledge this.

Russia has been demonized for decades in the USA but especially in the election campaign between Clinton and Trump, and through the Trump term as President. Hillary was aggressively anti-Russia and anti-Putin. Democrat’s hatred of Putin increased through Trump’s presidency, and Biden promised to punish Russia if elected. The USA has been poking the Russian bear for a long time to provoke it into some kind of action and must carry some of the blame for this invasion of Ukraine.

Arnold has a right to speak out his opinions on this and any matter and we all hope this devastating war will end sooner rather than later as it may still engulf the Western World in an apocalyptic conflict. Fortunately, Arnold will not be making any more of his ghastly blood and guts movies. We can be thankful for that at least. 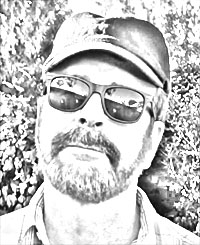 Gentle Spearman
In an era of propaganda and fake news, opinions do matter! I am writing my life's story - Awry! The Book. This website is dedicated to exploring the truth as I see it in an age when the truth is hard to find and even harder to pass it on to others.

“Informed By Science” The Ultimate Phantasmagorical Fallacy Of Modern Newspeak To Discombobulate The Average Mind In The Age Of Mindless Conformity.

In an era of propaganda and fake news, opinions do matter! I am writing my life's story - Awry! The Book. This website is dedicated to exploring the truth as I see it in an age when the truth is hard to find and even harder to pass it on to others.